Because Magon wants to be an ally of producers, we take advantage of the cold weather to remind you of the risks that high levels of ammonia can generate.

This noxious gas characterized by a pungent odour is detectable by humans and some animals as low as 5 ppm. It can compromise the health of animals at a concentration of 10 ppm and more. This situation is more common in winter because the ventilation of buildings is reduced to a minimum and the gas cannot escape.

Why is it a problem ?

Because of its irritability, high ammonia levels are strongly correlated with respiratory diseases and can also cause feet problems in some animals, such as poultry. It should be noted that this gas also affects human health and in no case should the concentration of ammonia exceed 25 ppm.

There are various measuring tools on the market to determine the level of ammonia present in the environment. Although this gas can be smelled, your nose alone is not a reliable way to detect it since some people are more tolerant than others. It is better to use a tool such as test strips that allow you to get a quick and clear result of the ammonia level in your barn. 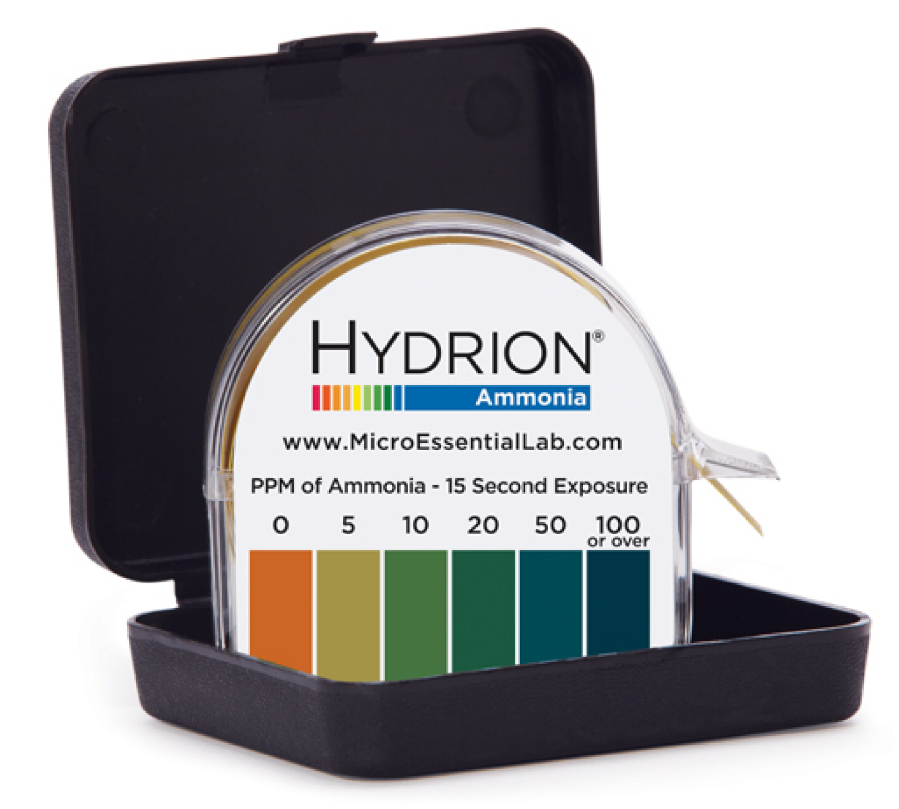 When the concentration is above 10 ppm, control measures such as increased ventilation and heat are recommended. Preventing leaks and water spills also helps to keep ammonia levels low.